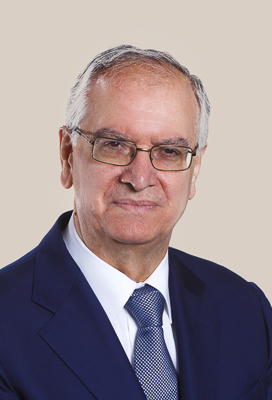 Holder of a degree in Law from the Universidade de Santiago de Compostela, for which he received an Extraordinary Prize of Degree and was presented the Calvo Sotelo Award to the best academic record. Professor of Commercial Law at the Universidad Complutense de Madrid. Honorary chairman and founding member of the Fundación Barrié Alumni Association. His doctoral thesis, La publicidad de tono excluyente (‘Advertising of an exclusionary tone’), received the Doctor Adolfo Muñoz Alonso National Award. He currently works as a lawyer specialising in issues relating to industrial property law (patents, brands, designs), unfair competition law, advertising law and contract law. He is a corresponding academician of the Real Academia de Jurisprudencia y Legislación (Royal Academy of Jurisprudence and Legislation) and the Real Academia de Farmacia de Galicia (Royal Academy of Pharmacy of Galicia), and a member of the Plenary of the Consello da Cultura Galega (Council for Galician Culture). He is a co-author of the draft General Law of Advertising, as well as other draft laws of the Autonomous Community of Galicia. He was honoured with the Fundación Barrié Silver Medal in recognition of his work and his impact on society.

He has been a member and secretary of the Fundación Barrié’s Board of Trustees since 2018, and was an elective member from 2010 to 2018.