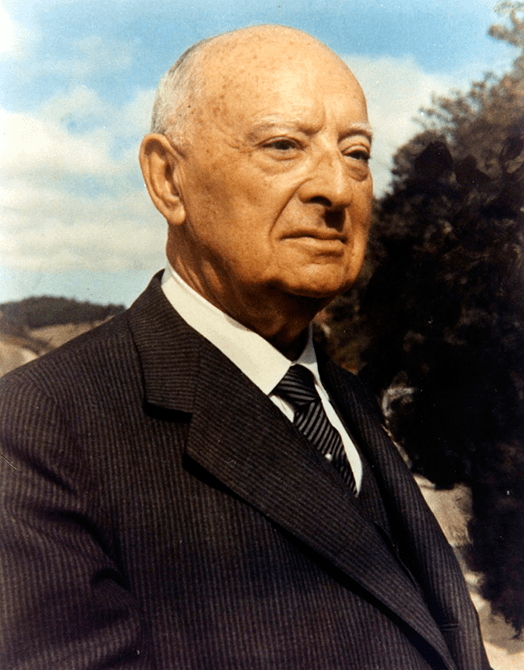 Pedro Barrié de la Maza was born on December 17, 1888, at 19 Plaza María Pita in La Coruña, into a family that had formed part of the city’s commercial and financial sector since the 18th century. As a young man he studied at La Coruña’s Business School, and later furthered his education with travels throughout Europe, in particular to the United Kingdom, France and Germany. His travels put him into contact with nations that at the time were more advanced, and also with the hard realities of Galician emigration.


I have tried, to the best of my abilities, to make my homeland a better place.

After returning from his travels, Pedro Barrié made a tour of Galicia, coming to know and have a deeper sense of the region’s problems. Upon the death of Ricardo Rodríguez Pastor in 1939, he became director of Banco Pastor, which would in time develop into a financial center for a wide range of economic initiatives. Although best known for his role in shipbuilding, energy production and tourism, in fact his entrepreneurial spirit led him to be active in many other sectors, from transforming the fishing industry to film production. A reserved and naturally modest man, in his few public statements he stressed his enthusiasm for his work, his pride in being able to create wealth and employment, and his faith in progress based on improving people’s potential through education.

A foundation for progress in Galicia

In 1966 Pedro Barrié decided to use his personal wealth to create a foundation that would be dedicated to the development of every aspect of our region. That same year he married Carmela Arias y Díaz de Rábago, with whom he found not only a companion, but also a faithful partner who would share and continue his own labors. By the time of his death in 1971, Pedro Barrié had laid the guidelines for the foundation that would bear his name, and had also established the bases for two of his most ambitious projects: endowing the infrastructure for two different Schools of Engineering and Architecture, one in Vigo and the other in La Coruña.