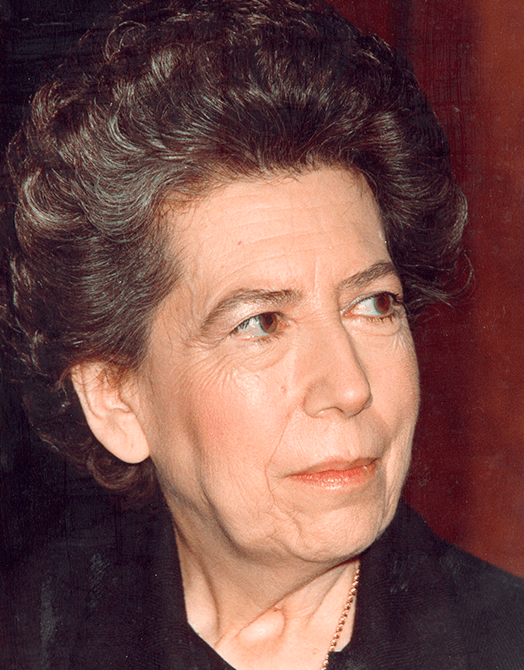 Carmela Arias y Díaz de Rábago was born in La Coruña on February 20, 1920. Although she would later become the first woman in Spain to direct a financial institution, her earliest intention was to be an architect. A serious illness put an end to that dream, but, despite an appearance of fragility, over the years she would prove to be tenacious and dedicated. 1967 she was named vice-president of the Fundación Barrié and was designated successor to the presidency. During the first years of the foundation’s existence she was accompanied Pedro Barrié, whom she had married a year earlier.


My only hope is to further the work of my husband, Pedro Barrié de la Maza

After Pedro Barrié’s death in 1971, Carmela Arias served as president of Banco Pastor and also of the Fundación Barrié. The first years of her presidency were devoted to completing the educational infrastructure projects that had been designed previously: schools of architecture, engineering and academic research.

In the following years, Carmela Arias established the structural bases for the Fundación Barrié, which inaugurated its current headquarters in 1995 and another outpost in Vigo as of 2005. Her unwavering commitment became even more explicit when she donated her entire personal fortune to the Fundación Barrié. Leading the Fundación Barrié for nearly 40 years, Carmela Arias exercised a profound influence on the institution, as evidenced in the creation and consolidation of a grant program; participation in the folkloric and cultural revivals, in close collaboration with her brother, vice-president Joaquín Arias; the creation of various scientific study centers; the development of an ambitious exhibition program; and a commitment to the needs of the community. With regard to her leadership, Carmela Arias herself emphasized fidelity to the founder’s wishes, a position that was manifested in certain core ideas that even today continue to guide the foundation’s activities: that education must be the basis for social progress, and that forethought and cutting-edge thinking -- in other words, a plan for the future -- are absolutely necessary when confronting the problems of our region.