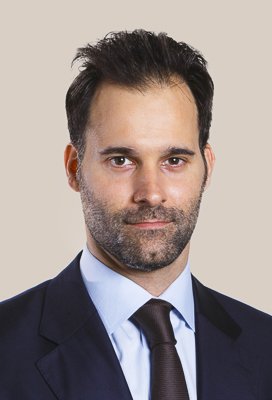 Mr. Joaquín Arias Romero received an undergraduate degree in Business Administration and Management from the CUNEF and an MBA from the London Business School. He is currently a trader specializing in structured credit in Emerging Markets (LatAm) for Goldman Sachs in New York. He previously held the same position for five years at Deutsche Bank, first responsable for Central Europe, the Middle East and Africa (CEEMEA) from the bank’s London offices, and later for Latin America (LatAm) from the New York office. Before joining the Deutsche Bank, he worked in the capital markets section for the Banco Pastor, in Financial Auditing for PWC, and in Private Banking for the Banco Santander. He has been an elective board member of the Barrié Foundation since 2006.